KG FLETCHER
Buy The Nearness of You 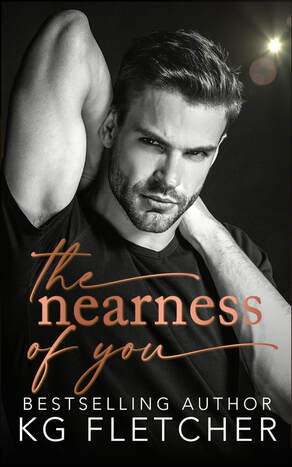 ​ The Nearness of You

She's got the voice. He’s got the body.
​When their music and fashion worlds collide, will their wildest dreams come true?

Lauren Rose always imagined her life in show biz. Singing classic love songs in posh hotel lounges by night and teaching theater to kids by day, she wonders if her big break will ever come. Enter a charming British supermodel, and she's starstruck for sure.

David Randle needs a break. Solely focused on his successful modeling career for over a decade, he shifts gears and channels all his energy into the launch of his high-fashion debut cologne, Drive. But after arriving in Atlanta to attend his sister’s wedding, he’s propelled off course by a beautiful lounge singer performing at the hotel where he’s staying.

When David invites Lauren to New York to see him rev up for a fashion shoot to promote his new cologne, he must steer clear of his uptight assistant who tries to put the brakes on his newfound happiness.  And with her stunning Brit impossible to resist, Lauren knows she could potentially be a distraction and derail the success of the biggest launch of his career.

Can the celebrity couple navigate the precarious speedway of fame and fashion, or will they crash and burn?

The Nearness of You is a breathtaking standalone contemporary romance novel. If you like swoon-worthy magnetism, celebrity situations, and speeding hearts, then you’ll adore KG Fletcher’s unforgettable story.

Buy The Nearness of You for a serenade of passion today!

★★★★★ "I loved loved loved this book! And I can also say...I Love Love Love this author...she is completely awesome."
Buy Love Song 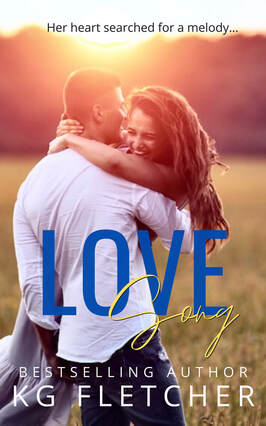 ​She’s got the voice. He beats out the rhythm.
​But will their passionate chorus be their last?

As a backup singer on tour, Casey lives for the late nights and wild after-show parties. But her world is rocked when a charming stand-in drummer shows her the kind of love she’s only sung about. Except just as their hearts are beating in time, she receives a terrifying text saying her sister’s life is in jeopardy.

Wounded by a bitter breakup, Sam channels all his energy into his new barn-loft music studio. But after accepting a gig with a local touring band, the last thing he expected was to fall for the troupe’s party-girl. So when she suddenly announces she has to leave to protect her sis, he drops his sticks to be by her side.

After Casey learns her abusive ex-brother-in-law has found their home address, she fears her family’s rocky past will scare away her gorgeous percussionist. And Sam worries with Casey and her sibling sharing an apartment, the dangerous psychopath could turn off the lights on both their lives.

Will the musical couple find harmonic bliss, or have they played their final duet?

Buy Love Song for a ballad of devotion and danger today!
Buy Unexpected 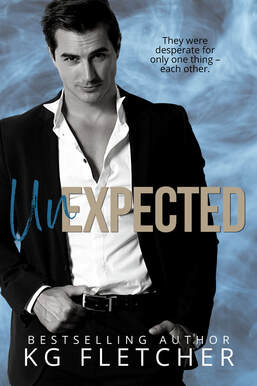 One millionaire bachelor.
One jilted bride.
They were desperate for only one thing – each other.

Josie Davis has one goal – to move on from all men since her abandonment at the altar. That’s until Atlanta’s own millionaire bachelor comes to her rescue after she gets a flat tire on the sweltering highway. Devastatingly handsome, the infamous hottie is generous and kind, and Josie is curious to learn more about him.
William Prescott Harrington, III has never been lucky in love – his excessive wealth making him wonder if the women he dates are more interested in his bank account than him. Josie’s natural beauty catches his immediate attention, but the strength behind her fierce, emerald gaze is what holds him captive.
As the two become close, William shows Josie a life she could have only dreamed of. When her vindictive ex unexpectedly shows up at a party, her safety becomes Will’s number one priority. He swore he would protect her but when she goes missing, can he find her through the maze of greed and jealousy before it’s too late?
_____________________________________
BY BESTSELLING AUTHOR K.G. FLETCHER