The Bennetts of Langston Falls Series by KG Fletcher

​Fall in love at Bennett Farms, where majestic mountains, family loyalty, and true love come together in the charming small town of Langston Falls. Filled with heat, healing, and heart—and always a happily ever after—these steamy stories are perfect for lovers of small town romance! 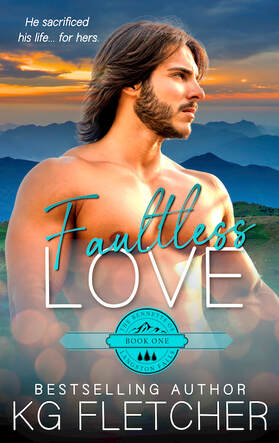 He’s a convicted felon out on parole for a crime he didn’t commit. She’s the girl who put her life on hold while he was away. Can the two pick up right where they left off?

He never should’ve gone on that beer run. If he’d stayed at the party, kissing Robyn by the bonfire, his life would’ve turned out totally different. But actions have consequences, the slam of the judge’s gavel echoing the death knell of his freedom.

Now he’s back in his hometown, starting his life over at his family’s Christmas tree farm and winery.

Running into Robyn wasn’t part of the plan.

She leaves him pining and reckless to see her again. But things permanently changed after that night so many years ago. Or so he thought.

With Robyn, he feels understood, wanted, and strong—things he hasn’t felt in a long time. When she’s in his arms, he’s tempted to trust again. To love again. To fly free again.

But deep down, he’s petrified.

Will the love they share be enough to overcome the past? Or will his second chance at happily ever after implode, confining him to a life sentence—alone?

Author’s Note: A steamy standalone romance about two lives turned upside down. One-click if you love a sacrificial hero willing to risk it all, and a heroine who never gave up on him. Romantic Add-ons: Steamy second chances, an idyllic small town, skinny-dipping in ponds, barn loft liaisons. This love story comes with a guaranteed Happily Ever After.
BUY FAULTLESS LOVE (Book 1) Free in KU
GOODREADS TBR
BOOKBUB TBR 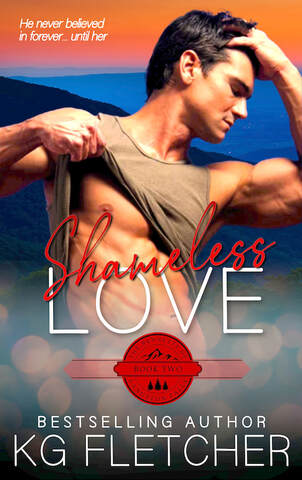 ​He’s the broody brother in the family whose temper can go from zero to death row in a heartbeat. She’s the sexy television producer who stops him in his tracks. Are these two opposites nothing more than a one night stand?

He didn’t mean to give Elyse pleasure during the important studio party. Because they could never be anything more than friends, right?
​
And even though she was drop-dead gorgeous and flaunted her sexy-as-sin charm, he should’ve kept his hands to himself and looked the other way. Until he walked into that party and his gaze landed on her barely-there dress. At that moment he never wanted anything so badly in his entire life.

He’s worked hard to protect his family and call his life his own, but when they become trapped together during a freak snowstorm, all bets are off. She’s made it clear she’s a city girl, and not interested in settling down in a small town like Langston Falls. But watching her on the farm, he starts to see another side of her that has him wishing she’d reconsider.

Will the bond they share be enough to overcome a long distance relationship? Or will his chance at happily ever after explode, leaving him angry and alone?

Author’s Note: A steamy standalone romance about two opposites who can’t keep their hands to themselves. One-click if you love a broody small town hero who’s ready to put down roots, and an independent heroine who won’t be tied down. Sexy Add-ons include: Insta-lust that turns into so much more, a mountain blizzard trapping them together, public displays of desire, decimated turtlenecks. This love story comes with a guaranteed Happily Ever After.